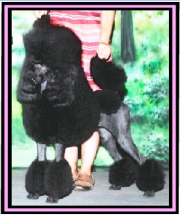 Vogue came to California to be shown by Kim Russell and two and a half months later she was a finished champion, the very day after her brother Ben finished his champion. Vogue is owned by Karsan Elliott of Elliott's Natural Foods located in Citrus Heights, Rocklin, and Fair Oaks, CA Vogue showed at West minister in Feb 2008. 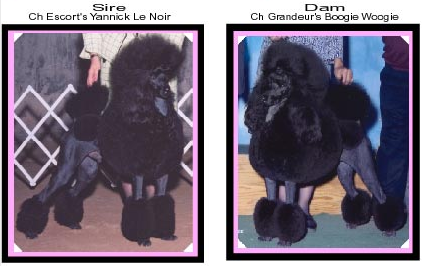 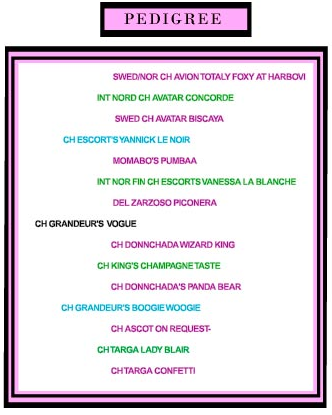