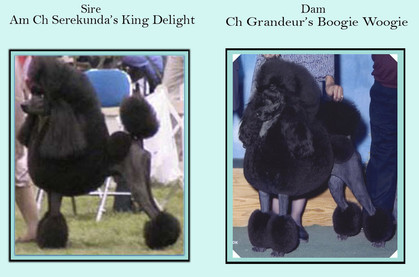 Envy's career started out with a bang.  At the bottom of the 9-12 month class she had earned 6 consecutive wins starting with 2 Majors!  This included 5 Best of Winners and one Best of Opposite Sex, over Specials.  Not bad for a puppy.  But wait, at our national show, Poodle Club of America which was held in Salisbury Maryland, Envy competed in the largest class of competion and took a 3rd place!  Following that special award she was entered in Long Beach in the Eukanuba show and placed Reserve Winner's Bitch.  What a show dog and very special girl. 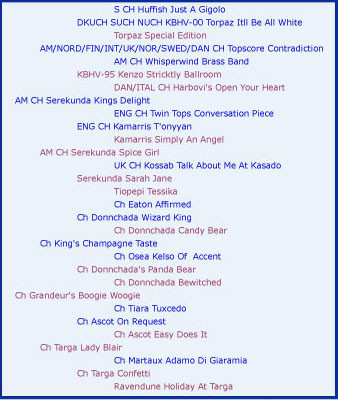 Below are some photos of some of Envy's wins

The following was fun to put together.  Envy’s show career was fast  and furious with her remarkable wins.  Of all the superlatives I can think of, the most appropriate for Envy would be “most dramatic”.   I hope to capture this description with the following pictures.   Please enjoy a leisurely viewing of her career photos where she exhibits a natural  and beautiful showmanship. 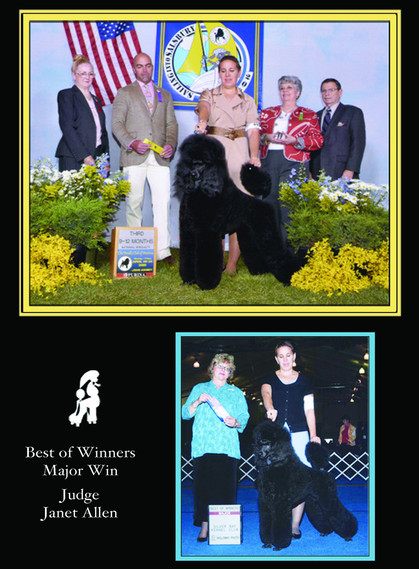 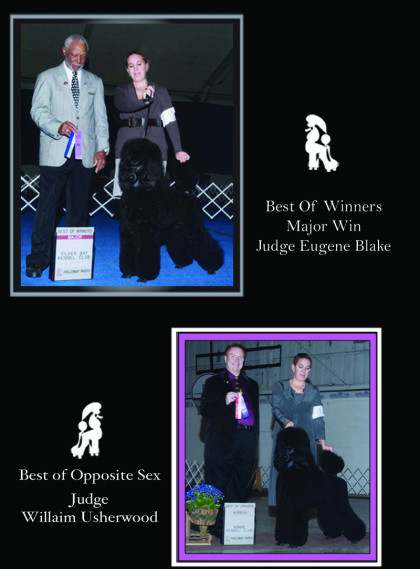 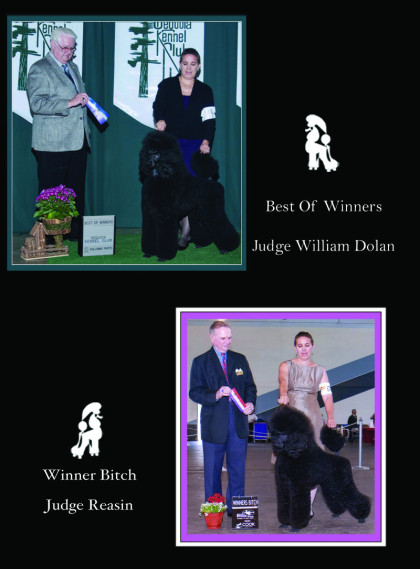 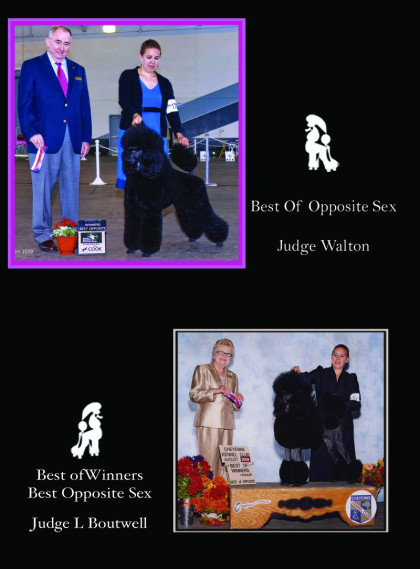